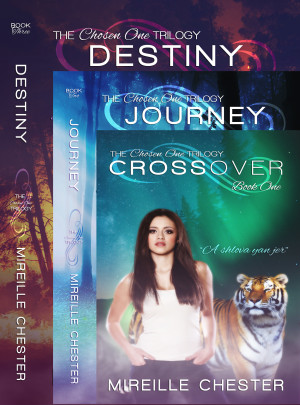 For Hayden, life was simple. It was made up of family, college, and working with her horses. When she meets Jasper on one of her trail rides, life suddenly takes on an exciting and dangerous twist. Can she really be from a different world? Every bone in her body tells her yes and it's hard to argue with the pull she feels towards this mysterious man. Prophecy has it Hayden is meant to do great things, though just what exactly no one seems to know. With two groups of shapeshifters fighting to use her as a weapon and a colony of humans lurking in the background determined to capture her as well, Hayden needs to pick a side. Will allegiances changing and no one and nothing being what it seems to be, Jasper's touch is the only thing keeping her sane. Soon, the pair are in a race against time to save those they care about, but when the time comes, will Hayden be able to go through with her plan when just one mistake could kill off everyone she loves? http://https://books2read.com/u/brWzxz 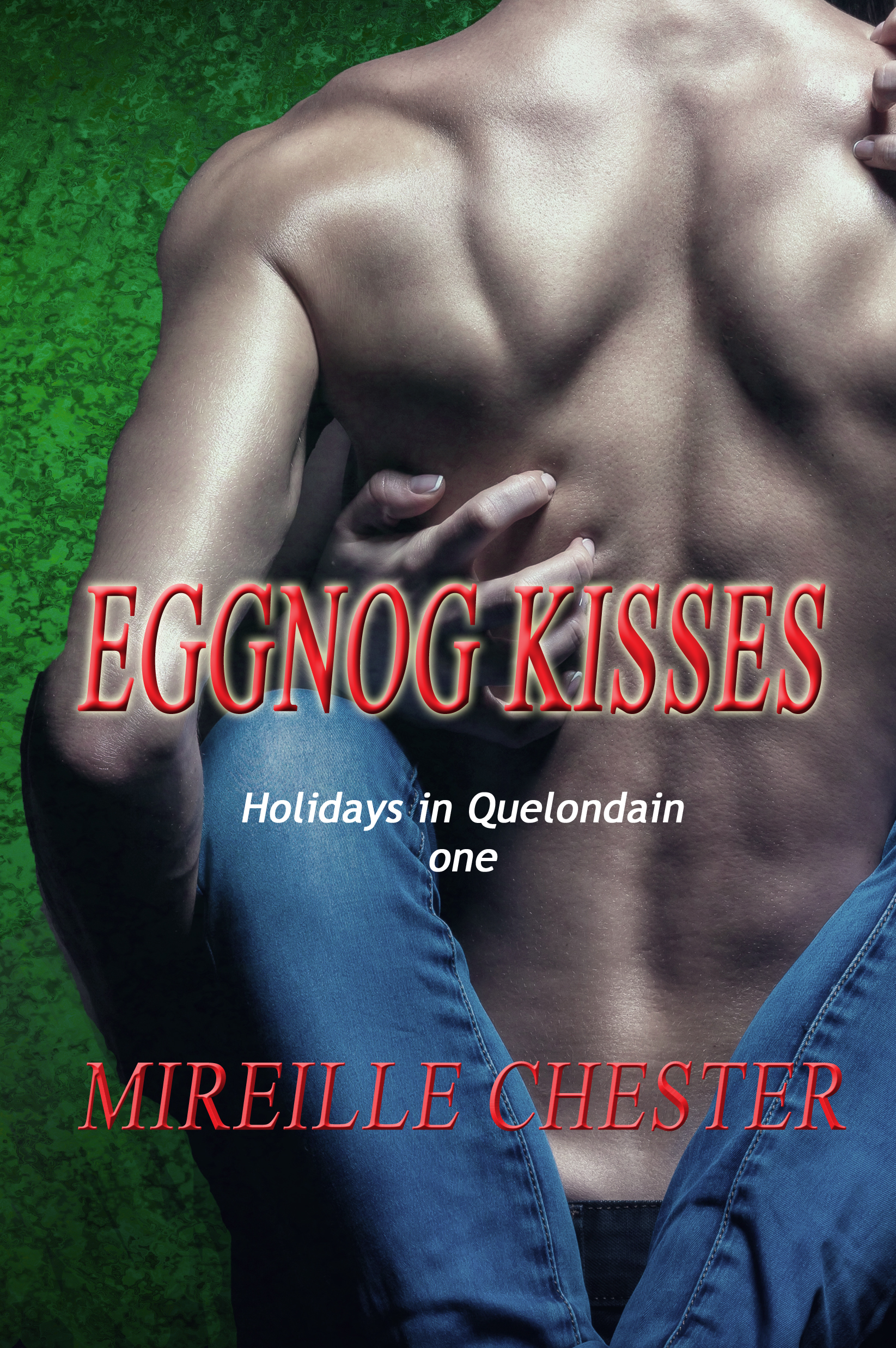 It’s been six months since Kaley’s fiancé called things off, disappearing with barely an explanation, and the thought of spending Christmas alone is causing feelings of hurt and loneliness to ruin her holiday cheer. Tall, dark, quiet, and ever the gentleman, her next door neighbor has been sneaking into her thoughts more often than not lately. When she decides to ask him to go to a Christmas party on a spur of the moment whim, she has no idea she’s about to unleash a whole new dimension on her usually normal life. Born in Quelondain, Sean is no stranger to a broken heart. Though it’s been years since the one he loved fated to his best friend, the ache is still present and crossing over to the other world hasn’t helped like he’d hoped it would. When Kaley asks him to accompany her to a Christmas party his gut tells him to stay away. It’s not that he isn’t attracted or tempted, but how is he supposed to explain his past and what he is. Of course, it’s just one evening, right? What could possibly happen in one night?
https://books2read.com/u/mZj96R 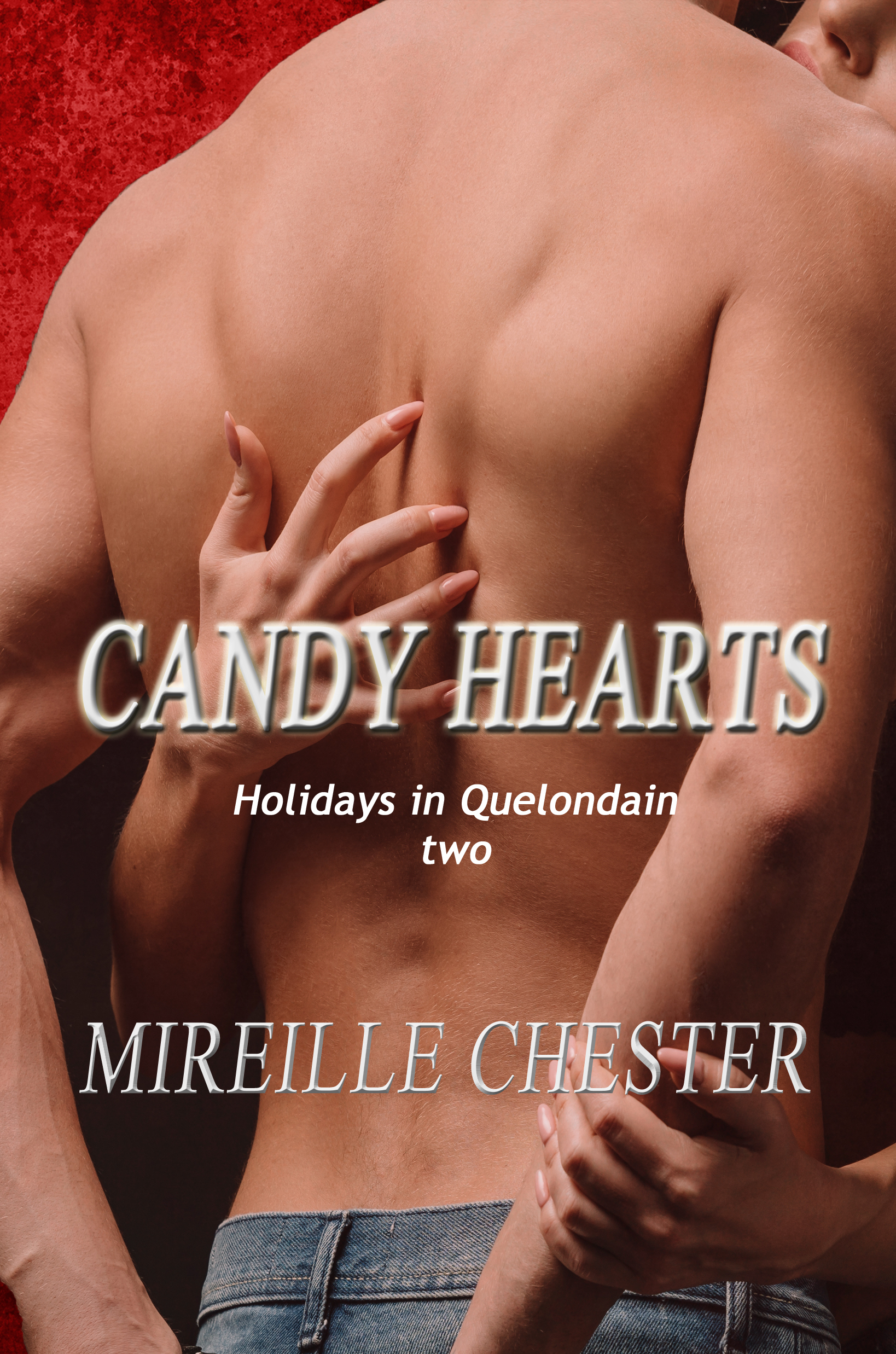 For Josh, life was all about Sophie. A single dad since his mate (her mother) had passed away seven years ago, he had no interest in finding someone to fill the void. He was perfectly happy with how things were. When Sophie asks to go to Bliar to watch the Wedelven deer races, his first instinct is to say no. Heading to a busy town filled with beings is not his idea of a good time, but his daughter shouldn't have to suffer due to him being a self declared introvert. When Sophie manages to introduce herself to a lone Wedelven racer at the inn, his life and attitude towards it starts to change. Kalkarli is so unlike anyone he's ever met. The hard life and hatred she's had to deal with has turned her into a secluded and mysterious woman. Yet, with her deer and with Sophie, he sees a different side to her. A happy and carefree side he starts to love being around. Is it possible he's been lying to himself all these years? Is there a way they can fill the gaps in each others' lives? https://books2read.com/u/bWdXa7 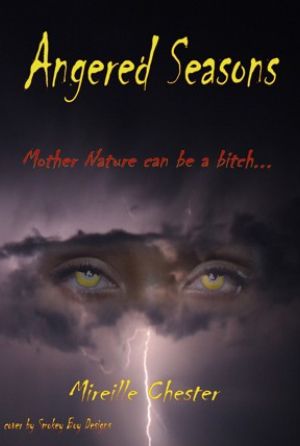 Those nice days when the snow is melting but it should be freezing out… we’re seeing more and more of them. Everyone laughs and says it will come back to bite us in the ass later. All those freak storms, tornadoes, and earthquakes happening at odd times of the year or in parts of the world they’ve never occurred before… well, you’ve all heard the comments about global warming and how these are Mother Nature’s way of telling us we’re destroying the planet. Plagues, pandemics, natural disasters; all of these a warning from Her that none of us seem to take seriously. What we didn’t know was that She had a breaking point. And nothing could have prepared human kind for what she had in store for us… http://https://books2read.com/u/3kWRd8 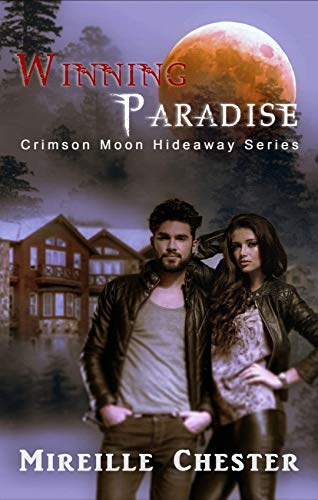 When she wins a trip to the Crimson Moon Hideaway Resort, Detective Natalie Greenleaf is thrilled. Being an Elf hidden in the human world can be exhausting and a vacation to a resort where paranormals are free to be themselves is just what she needs. One whole week to forget about life, cases, and criminals.
Bear shifter Gage Loneclaw is used to being alone. It’s been that way since being exiled from his clan at a young age for refusing to follow orders. With his bees to keep him company, he is perfectly content to stay on his quiet piece of land, selling honey at the local farmer’s market. When he gets the call to let him know he’s won a week at the five-star resort, he almost turns down the offer, but a small, nagging voice in the back of his thoughts convinces him to go.
When the past comes back to haunt both Nat and Gage, the pair find they much in common. While neither of them had even thought of finding a mate, Fate does what She will. Winning Paradise may have been part of Her plan, but they’ll have to survive the week if they’re going to have a chance at a future. https://www.amazon.com/Crimson-Moon-Hideaway-Winning-Paradise-ebook/dp/B08JTKP39M/ 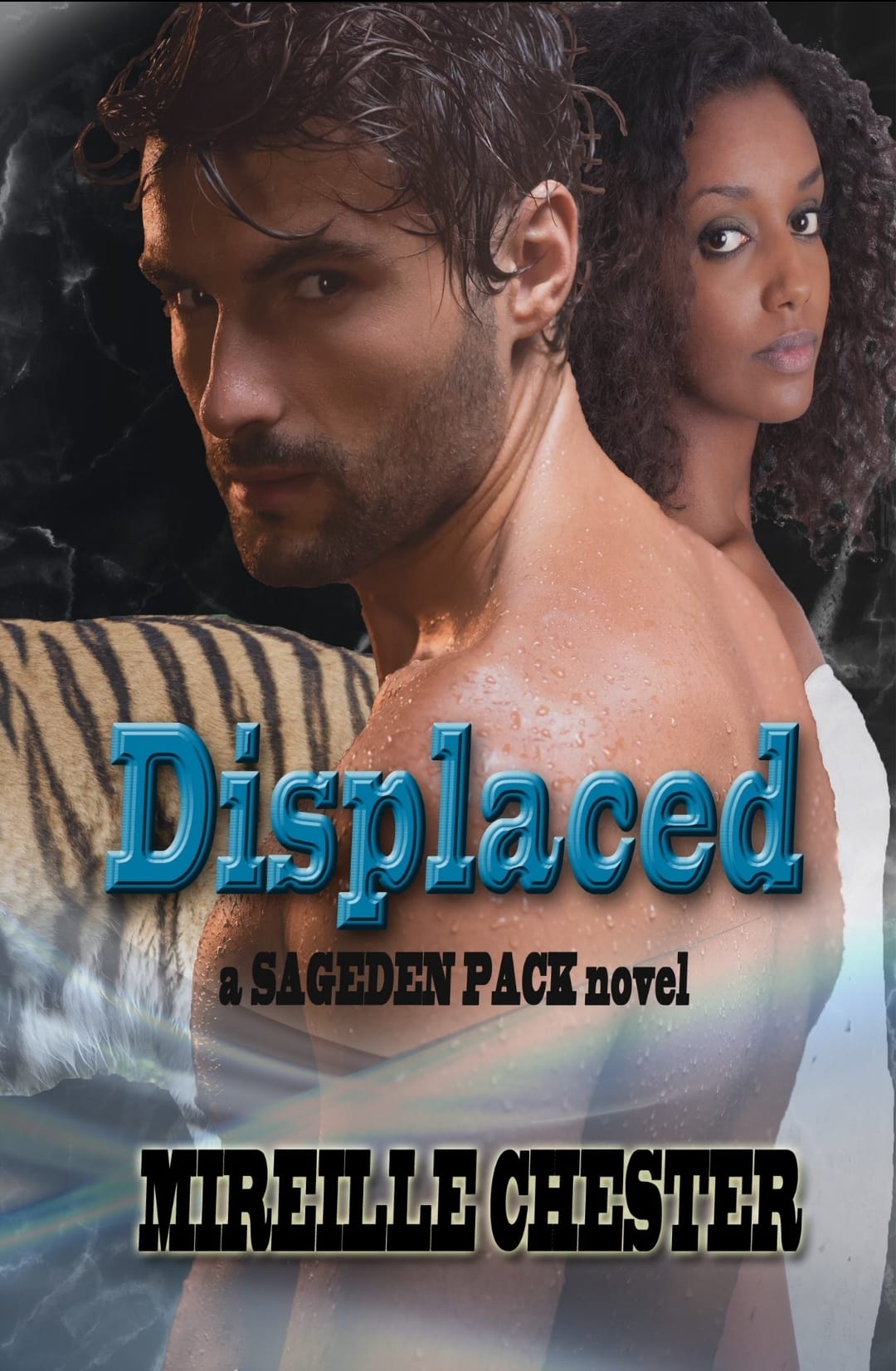 For Kendall, life since the Battle of Paradin has been quiet. Lazy days sunning by the creek and spending time with the Sageden pack take up most of his time. All it takes to change his peaceful life is an afternoon helping Hayden practice her magic. When a displacement spell goes wrong, Kendall finds himself stranded in Thistendal, where he once again finds himself on the receiving end of the humans' hatred. Lost in a land where shifters have been almost exterminated, he finds himself in charge of a young shifter who has lost her entire family and a woman whose touch makes him forget he needs to get home. Neeka could never remember much from her childhood. Most of what she knows has been told to her by her guardian. A chance encounter with the very being she's been raised to fear has her questioning everything she thought she knew as fact. How could Kendall be the evil thing she's been warned about when his touch leaves her shaking with pleasure? Danger and adventure will follow their every step as they search for a seasoned magic wielder in a land where magic is forbidden. Can an outlander, an orphan, and a runaway manage to beat the odds when all the forces seem to be against them? https://books2read.com/u/mBoAYv 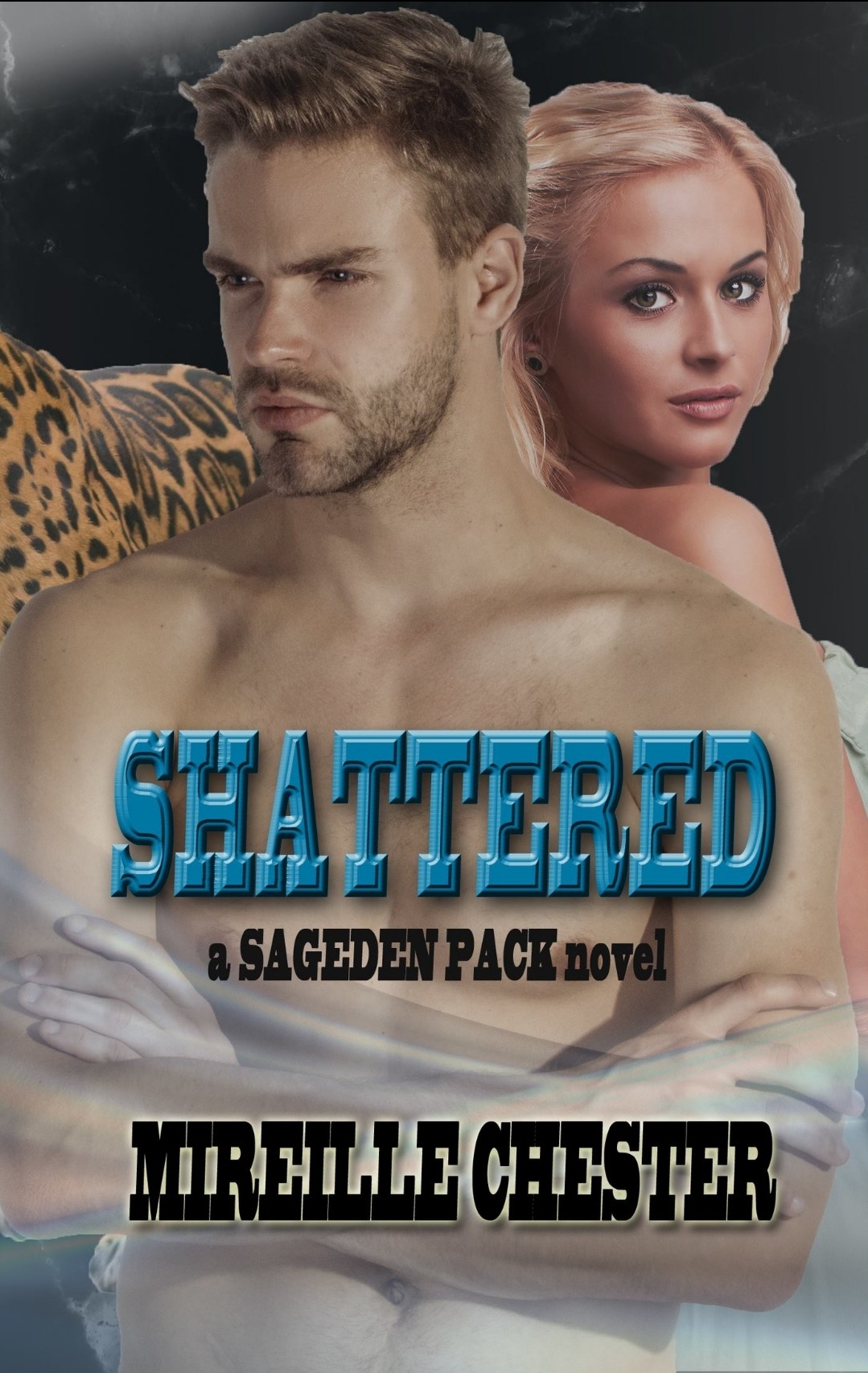 It’s been almost five years since the Battle of Paradin, and life for Brice is finally starting to return to normal; the nightmares have almost disappeared, his shattered body is as healed as it will get, and his heart has been stolen by the most amazing woman. There’s just one problem: she doesn’t know the entire truth of what he did during the war. Blayre knew the moment Brice saved her from being taken he was the one for her, but fear of fating to another has kept their relationship from moving along these past years. When her twin announces she’s had her fated dream, Blayre is over the moons until Brice gives her a look into his past. When the past and all its demons come back to haunt him, will he find himself the shattered man he’s worked so hard to leave behind? Will Blayre be able to forgive him? Is there any future for the human spy and his little wolf? This story contains adult situations. https://books2read.com/u/47NgaA 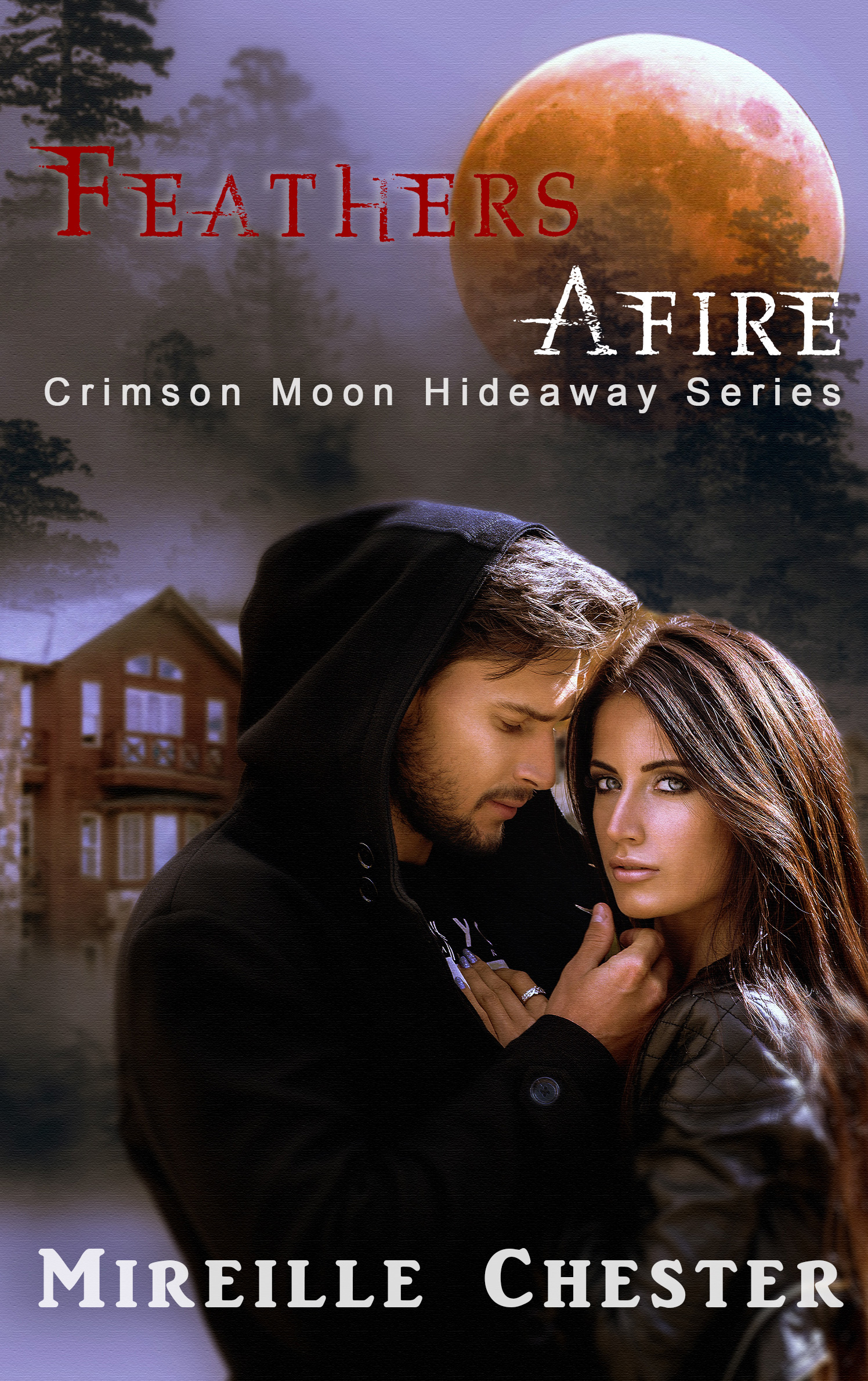 If there’s one thing Jens dreads more than anything in this world, it’s his twenty-fifth birthday. While most demons are scrambling to claim a bride that will lock in their magic, he couldn’t care less about coming into his full power, and he knows it has everything to do with the girl he fell in love with when he was eight. Even though Kit is human, only she can help him keep calm when his flames get out of control. She’s the only one he’s ever wanted, a constant source of light in his life, but she’s made it clear she refuses to be the reason he doesn’t become the powerful fire demon he’s meant to be. When his mother invites Kit to spend his birthday weekend at the Crimson Moon Hideaway Resort for his choosing ceremony, Jens is devastated. She’s the only woman he wants and the only one there off limits. Will this be the last weekend they spend together, or does Fate have bigger plans no one could have predicted? Warning: this story contains strong language and adult situations. https://books2read.com/u/mKRP7B
Author Mireille Chester